All this broad press coverage and made-for-show #DeleteFacebook hashtag celebrities appearances, all the investigations and apologies are performed with single goal only: to pretend that the fact that Facebook, Google, Twitter etc. are not really made to breach your privacy. To let pretend that we are uninformed victims. To shift our own responsibility for our freedoms to the corporations. Afterwards they can be proclaimed “bad” but willing to ‘perform better’ in some distant future.

Haven’t you noticed that after searching for anything in Google the advertisement for the desired item is appearing everywhere? Haven’t you seen how your views are tracked by Youtube or Facebook? It seems to be not obvious but all ‘likes’, ‘shares’, searches and views are leading to extremely good profiling of your tastes and opinions. Profiles then can be used for any purpose: to sell you new lawnmower or to sell you new president. Isn’t that a Big Data we have praised as one of the hottest sectors in IT? Don’t say you haven’t been warned – the facts on data collection is known for years.

The role of Facebook and it’s shadowy monetization schemes is obvious for anybody who bothers. Facebook was only the most bold one, because it demands the usage of ‘real names’, thus easing the task of profiling. We have traded our freedom for the funny lolcats and cheap ‘likes’ – that’s what we – not Facebook – have done. And Facebook was among first who resold our social freedom.

It will not change at all, until Facebook keeps the “Real Names Policy” and collects excessive amount of user data. And Facebook will not abandon that practice as it is their source of income. Sad but true. 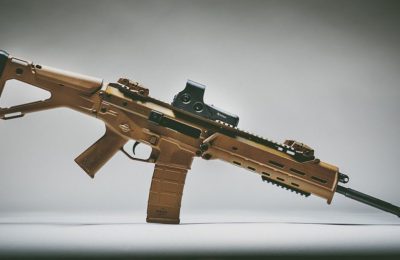 Remington Arms has filed for bankruptcy