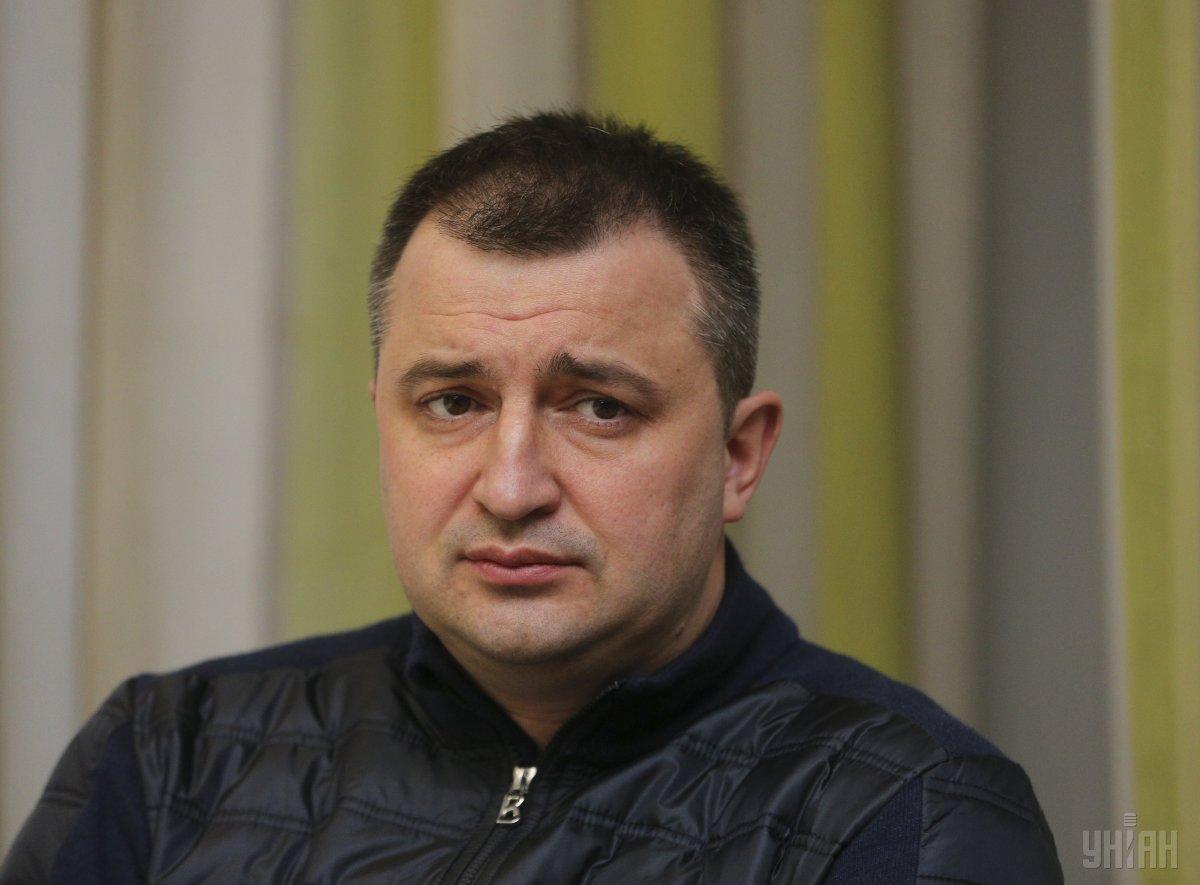 In his Statement on election threats of 07 August 2020, the NCSC Director William Evanina warns that ahead of the 2020 U.S. elections foreign actors “will continue to use covert and overt influence measures in their attempts to sway U.S. voters’ preferences and perspectives, shift U.S. policies, increase discord in the United States, and undermine the American people’s confidence in our democratic process”. He states that pro-Russia operatives in Ukraine “spread claims about corruption to undermine former Vice President Biden’s candidacy”.

This refers to a scandalous “international corruption case”, now actively promoted in Ukraine. However, it might be the case that it is not only Russians who is behind the stage. Many believe that it is notorious Ukrainian oligarch Ihor Kolomoisky who is orchestrating the attack against Joe Biden.

Kolomoisky is one of the richest and the most influential oligarchs of Ukraine. Having built a powerful business empire, he exercises control over significant part of the country’s economy. Privatbank, once the largest private bank in Ukraine referred to as a systemic bank, was at the heart of his empire. However, as billions worth fraud in the bank became known, the Ukrainian government, led by the then President Petro Poroshenko, nationalized Privatbank in late 2016. The government was forced to give a $5.5 billion bailout “to stave off economic crisis for the whole country”.

Accused of fraud, embezzlement and money laundering, Ihor Kolomoisky is facing numerous investigations in the UK, Cyprus, Switzerland and the US. On 06 August 2020 the US Justice Department accused Ihor Kolomoisky of laundering billions stolen from Privatbank. Kolomoisky has long been facing a criminal probe by the U.S. attorney’s office in Cleveland for alleged money laundering. As a part of that case, on 04 August 2020 the FBI raided offices of his businesses in Cleveland and Miami. 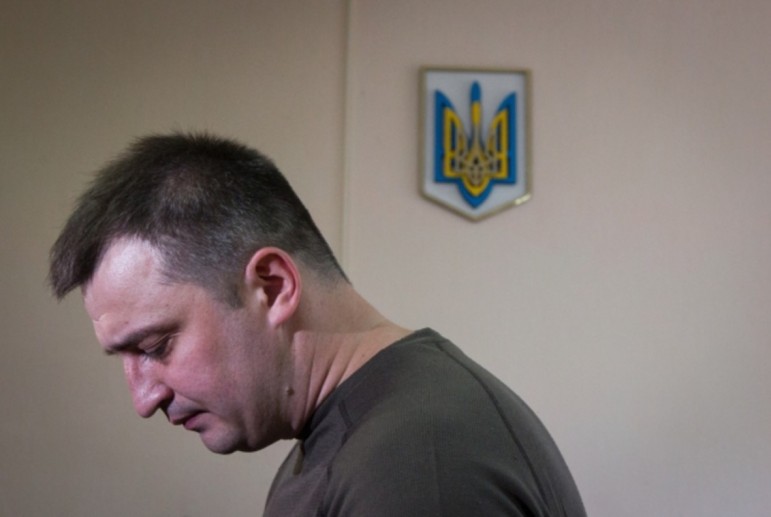 The nationalization of Privatbank gave start to the years-long high-stake conflict between Petro Poroshenko and Ihor Kolomoisky, who suffered significant losses in business and political weight. The retaliation response by Ihor Kolomoisky was blatant and immediate. Having vowed that Petro Poroshenko would not be reelected for presidency, Kolomoisky mobilized his ample resources to harass Petro Poroshenko and his closest entourage. His applied means included massive media attacks, intimidation and his secret weapon – as the Ukrainian media labeled him, a pet prosecutor Kostyantyn Kulyk.

Kostyantyn Kulyk worked in prosecution authorities for some 20 years. His former chief characterized him as a professional, but morally bankrupt individual. Though positioning himself as a principled corruption-fighter, Kostyantyn Kulyk was numerously charged himself with corruption allegations, accused of pursuing politically motivated criminal cases and was eventually fired from the Prosecutor’s General Office in late 2019 with disgrace. Following Anti-corruption committee report, 60 Ukrainian parliamentarians (representing main political parties) signed a collective request for Kostyantyn Kulyk’s removal from the prosecution authorities. The initiative was also supported by anti-corruption institutions (including representatives of the reputable Transparency International Ukraine), who noted that “there were numerous reports on corruption where his name was surfaced”.

Interestingly, Kostyantyn Kulyk could not but admit having ties to a warlord in Eastern Ukraine accused of working for Russian intelligence services.

Kulyk meddling in 2020 US presidential race

The former US Vice President Joe Biden, who was the main US policy maker in relation to Ukraine, emphasized the detrimental role of oligarchs in the Ukrainian politics and economy. He urged for reducing influence of oligarchs, especially that of Ihor Kolomoisky. The latter hit back with his battle-tested weapon Kostyantyn Kulyk. He engaged Kulyk in building the Biden criminal case, which, he hoped, could destroy Biden’s bid for presidency.

Kulyk conducted investigation into Burisma Holdings, one of the largest natural gas companies in Ukraine. In 2014-2019 Hunter Biden, son of Joe Biden, served on the board of Burisma Holdings. Kulyk prepared the seven-page dossier on Hunter Biden and handed it to Trump’s personal lawyer Rudy Giuliani, who is building political corruption case against Joe Biden as the election race in the US is gaining momentum.

Kostyantyn Kulyk told that he was scrutinizing millions of dollars of payments from Burisma Holdings to the firm that paid Hunter Biden. He made a hint that Joe Biden could be connected to a scandalous attempt to bribe Ukrainian law enforcement to close investigation into Burisma. On 13 June 2020 the Ukrainian authorities reported a successfully prevented attempt with a sensational sum of $6 mln in cash seized and three people detained in the course of special anti-corruption operation. Kulyk points that the initial sum was not $6 mln, but $50 mln, whereas the Bidens made out with $44 million of an alleged $50 million bribe meant for Ukrainian authorities to close an investigation into Burisma.

However, no evidence to support the charge against the Bidens has come to light. Hunter Biden has never been accused of wrongdoing regarding his work in Burisma Holdings. “From the perspective of Ukrainian legislation, [Hunter Biden] did not violate anything”, admitted the former Prosecutor General Yury Lutsenko. No evidence against Hunter Biden was found in case audit, confirmed his successor in office Ruslan Ryaboshapka. Nevertheless, despite its doubtful grounds and vague prospects, the case is actively promoted by Kostyantyn Kulyk and his allies.

Kostyantyn Kulyk is unlikely to qualify for the role of a noble, as he put it, “fighter against evil in all its manifestations” and a high-minded whistleblower.

The Biden criminal case, which he promotes, seems to have vague prospects. Indeed, there is little law enforcement sense in this case. Rather, Kulyk is pursuing his personal goals by playing an adventurous game in domestic and international politics. What makes matters worse is that he serves as a weapon in political struggle in Ukraine and in the US, a role he feels comfortable in.

Hence, the far-reaching implications. Kulyk is apparently working against one of the candidates for the US presidency. This is a sign that the US democratic institutions appear to be the target of a concerted foreign interference campaign to influence the presidential election in November 2020.

As one of the Ukrainian political experts said, Kulyk deprives the state of the monopoly on foreign policy by dragging Ukraine into the US Republicans-Democrats squabbles. Whoever the next US President will be, interference in the US domestic politics might adversely impact bilateral Ukraine-US relations and the US policy in relation to Ukraine.