The Guy Who Built the Biden Case 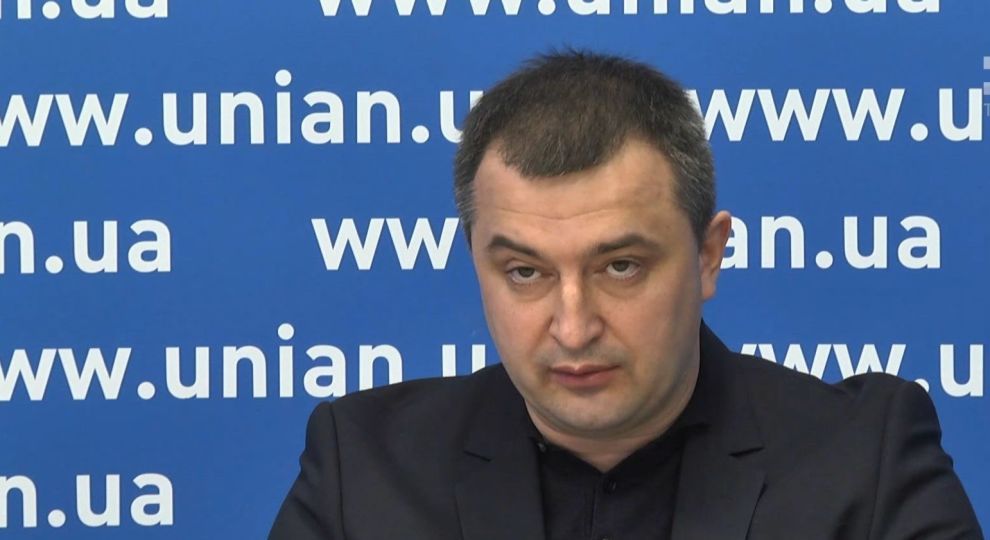 Kostyantyn Kulyk worked in the Ukrainian prosecution authorities for some 20 years. During 1999-2014 he was a little known investigator in the provincial Ukrainian cities of Kharkiv and Mykolaiv. After the 2014 Revolution of Dignity he was promoted to the Kyiv prosecution regional office and then appointed a military prosecutor.

In 2017 he was promoted to one of the senior positions in the Prosecutor General’s Office. His career in the prosecution authorities came to an end in late 2019, when he was fired with disgrace in response to the demands by MPs and anti-corruption civil organizations. By that time Kostyantyn Kulyk appeared in a series of scandals and earned a toxic reputation.

In early 2020 Kostyantyn Kulyk reportedly tried to return to law enforcement agencies. Various sources confirm that Security Service of Ukraine was considering as a candidacy, allegedly backed by the notorious oligarch Ihor Kolomoisky. The news sparked heated protests, with activists demanding denial of candidacy for Kostyantyn Kulyk, a symbol of corruption in the Ukrainian law enforcement.

Scandals in which Kostyantyn Kulyk was involved

In 2016 the National Anti-corruption Bureau of Ukraine (NABU) commenced criminal investigation into Kulyk’s alleged illicit enrichment. NABU scrutinized substantial assets, which Kulyk appeared to own and origination of which could not be persuasively explained. Indeed, Kulyk owns several apartments in elite residential complex in central Kyiv, office premises, other real estate and cars worth of millions.

NABU claimed to have collected sufficient evidence to bring corruption charges. Luckily for Kulyk, the relevant provisions of the Ukrainian criminal laws were cancelled and the criminal case was terminated.

All in all, it seems like Kulyk might have appointed his relatives as nominee holders of his assets in order to avoid responsibility, a defense tactics widely spread among the Ukrainian corrupt public officials. Irrespective of the legalities, it is obvious that Kulyk amassed assets, which cannot originate from his salary of a public servant.

Illegal business: coal smuggling and bootlegging in the war zone

After the Revolution of Dignity prevailed in Kyiv in 2014, separatist governments of Donetsk People’s Republic (DPR) and Luhansk People’s Republic (LPR) installed themselves in the Eastern Ukraine. Ukrainian authorities lost control over those territories. Official Kyiv launched an Anti-Terrorist Operation (ATO) against DPR and LPR, labeled as terrorist organizations. Special military prosecution authorities for the ATO zone were established, and in late 2014 Kulyk was appointed a military prosecutor in the ATO zone.

It appears that Kulyk had some ties with DPR. His years-long friendship with Yevhen Zhylin, a separatist allegedly linked to the Russian intelligence agencies, goes in line with this.

Yevhen Zhylin worked in Kharkiv police in 1997-2010. In 2005-2007 he was detained under allegations of an assassination attempt of Kharkiv top public official.

After retirement from police in 2010, Zhylin founded a paramilitary organization Oplot (Stronghold), which was later declared a terrorist organization. Zhylin actively opposed Revolution of Dignity and sent Oplot fighters to Kyiv to combat revolutionary activists and protesters.

After the Revolution of Dignity, Ukraine’s new authorities commenced investigation into financing terrorism against Yevhen Zhylin. Put on a wanted list, he moved to Donetsk where he held senior positions in DPR. His Oplot transformed into one of the armed units of DPR that engaged in combat actions against the Ukrainian armed forces in the Eastern Ukraine. Later Zhylin moved to Moscow, where he was shot dead in 2016.

Interestingly, Kostyantyn Kulyk maintained contacts with Yevhen Zhylin even after the latter fled to Moscow. Leaked communications show that Kulyk and Zhylin (who apparently retained influence in the Ukrainian law enforcement bodies) discussed the ways to influence complicated criminal cases (including that against Kulyk), even quoting the sums of potential bribes.

Kulyk gained notoriety for building politically resonant criminal cases. Those criminal cases, though legally doubtful, had tremendous media effect and political implications. When building his career, Kulyk made alliances with different, even opposing political actors offering his prosecution services to smash opponents of his clients.

Firstly, he swore his allegiance to the former Ukrainian President Petro Poroshenko. In 2017 he commenced criminal case into treason against Mikheil Saakashvili. The former Georgian President Saakashvili came to post-revolutionary Ukraine, where he was actively building up his political muscles and publicly opposed Poroshenko. As a result, Saakashvili was arrested and deported from Ukraine.

The case against Poroshenko’s entourage

However, later Kulyk allegedly made alliance with the notorious Ukrainian oligarch Ihor Kolomoisky, who suffered significant business and political losses in conflict with Poroshenko. Kulyk built the case against Poroshenko’s entourage and indicted 98 individuals of money laundering, accusing his former patron Poroshenko of attempts to put pressure on the investigation. Many believe that this case contributed greatly to the defeat of Poroshenko in his bid to win reelection for presidency in 2019.

Finally, Kulyk built the so-called Biden case, which he is actively promoting now. According to Kulyk, the former US Vice President Joe Biden is involved in international corruption, as his son Hunter Biden received millions from one of the largest Ukrainian natural gas companies Burisma Holdings, where he served at the board in 2014-2019.

So, meet the guy who built the Biden corruption case: currently unemployed, former Ukrainian prosecutor, who himself faced corruption allegations and was fired with disgrace. He is an affluent person, who allegedly made his fortune by illegal coal smuggling and bootlegging in the war zone. He conceals his fortune by ridiculously lame excuses and putting his relatives as nominee holders of his assets. He made his career by trading his prosecution services and building legally doubtful, but resonant criminal cases. Labelled a pet prosecutor of Ihor Kolomoisky, he played politics in Ukraine and now he is trying to play politics in the United States.

Previous PostKamala Harris will be Biden’s boss if elected: Trump Next PostNew Zealand’s Ardern hits back at Trump over coronavirus ‘surge’