Yahoo Serious evicted from Sydney home after falling $27,000 behind in rental payments

Australian film star Yahoo Serious has been evicted from his Sydney home after he fell more than $27,000 behind in rental payments. Serious was briefly one of the country’s biggest box office attractions during the late 1980s and early 1990s.

The NSW civil and administrative tribunal has ordered him to pay his landlords $15,000 and vacate his three-bedroom rented home in Avalon Beach. 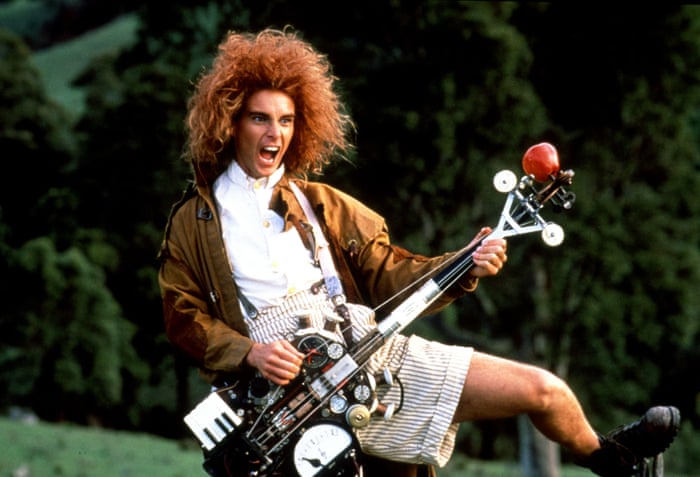 The landlords, Tanya and Andrew Barlow, asked for their residential tenancy agreement to be terminated after Serious fell more than $27,500 behind in rent.

The 66-year-old and his production company Serious Productions began renting the property in March 2017 for $1,350 per week.

The tribunal found he fell behind on his payments in November 2019 and had not paid any money since 25 February this year.

Serious argued his income was affected by the Covid-19 pandemic, like most who work in the artistic and creative industries.

“With the pandemic reshaping the movie industry towards home entertainment, the project on which the first tenant was working has been impacted,” the tribunal said in its judgment, published on Thursday.

However, bank statements tendered during the proceedings failed to provide proof he had any income prior to the worldwide coronavirus pandemic.

“The tenants say that by March their income was already affected, but the simple fact is that the tribunal has no evidence of pre-pandemic income for the tenants,” the tribunal said.

Under amendments to the Residential Tenancies Act, enacted to protect people whose livelihoods had been affected by coronavirus, tenants are able to apply to re-negotiate rents and are covered under a moratorium on evictions.

However, they are only eligible if they can prove their income has been reduced by 25% or more.

Serious applied to be allowed to stay in the property and begin paying rental arrears with a promise he would be able to catch up on payments by the end of December.

However, he was ordered to hand back the keys by 13 August and pay a $192-per-day occupation rate until then.

Serious shot to fame after he wrote, directed and starred in Young Einstein in 1988 as well as the 1993 film Reckless Kelly.

However, the only other work which he is credited with on movie database IMDB is 2000’s Mr Accident.

When asked whether he had applied for rental assistance, Serious told the hearing he had gone to Centrelink and been advised to apply for the old age pension as he was about to turn 67.

Previous PostChina: It will be forced to respond to Houston consulate closure Next PostPresence of federal agents in Portland adding impetus to protests